The following dive sites we may visit during our 7D/6N cruise on the M/Y Oneironaut tour in Fiji:

A typical diving day is scheduled as follows:
Whilst Fiji diving is typically fairly easy, we can, and regularly do, encounter medium to strong current, which helps bring out the fish and feed the soft coral. Many of our sites start in very shallow water and are either walls or pinnacles, allowing divers to enjoy easy drift diving or choose to spend time on the current side of the pinnacles with masses upon masses of fish life, or on the calmer side with many macro options. To learn more about the M/Y Oneironaut, click here. 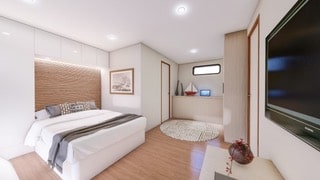 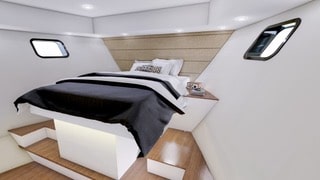 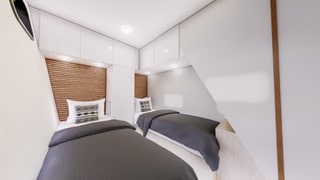 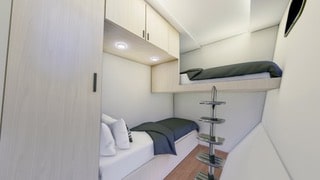 Guests must have DAN and Travel Insurance.

About the Dive Sites

Arguably one of Fiji’s most famous and best documented/most photographed sites,  starting from just 1 meter below the surface this large pinnacle drops to over 900 meters, providing a wealth of hard and soft corals along with a cathedral-like overhang adorned with gorgonian fans. Along the pinnacle, the wall is many crevices, swim-throughs, and tunnels. Countless anthias and damselfish and mollusks can be spotted. This is a massive pinnacle that would take at least 3-hours to swim around.

Excellent soft coral-encrusted pinnacles with abundant marine life from tiny pipefish, nudibranch, and blue dragons, right through to larger pelagic fish patrolling out in the blue. Like many sites in Fiji, this pinnacle starts just a few feet from the surface and is covered in anemone, anemone fish, and countless anthias.

Another excellent pinnacle starting just 3-meters (10’) from the surface with abundant soft corals and gorgonian fans, creating a rich and healthy environment for a wide range of fish. Whilst these healthy pinnacle walls drop down to around 30-meters (100’) it is not uncommon for divers to spend entire dives in water no deeper than 15-meters (50’) enjoying the soft coral capital of the world.

Named after Captain Bligh and the famous mutiny on the Bounty this is another very large pinnacle starting near the surface and dropping off into the abyss.  Healthy soft coral walls can easily keep a diver busy for many hours. Rich fish life makes this isolated site home and it is not uncommon for the occasional hammerhead or pilot whale to cruise by, sometimes right behind an unsuspected diver admiring the healthy and marine lush walls.

An exciting drift dive, able to be done on both sides, with a labyrinth of passages, crevices, and the opportunity for dives to see amazing soft corals, abundant small fish life, and larger action in the deeper water (remember to look out into the blue &  lookup).

Namena Marine Reserve is Fiji’s largest marine park and home to some of the best diving  Fiji has to offer. The dives we make will be based on the currents and conditions, but you can expect to see plenty of macro species including ribbon eels, garden eels, and fire gobies. We are also likely to see several species of sharks and it is a popular spot for our hammerheads, schools of yellowfin tuna, barracuda, and jacks are prevalent as well.
The Namena Marine Reserve can be divided into two halves:

Typically shallower than NSAT and known for its soft coral of every color imaginable.

There is a very good chance that you have seen photos of this site if you have ever read a dive magazine on Fiji. The site consists of 5 large coral pinnacles extending downwards from just 3 meters (10’) and covered with soft corals and crinoids.  Tuna, barracuda, white tip reef sharks, turtles, moray eels, lionfish, banded sea crates are all regular residents. The white flat sandy bottom is carpeted with millions of inquisitive garden eels and the pinnacles themselves are covered with soft coral in every color imaginable. Like at many sites here, divers could easily spend an entire dive in water no deeper than 12-meters (20’).

A wall dive with cool swim-throughs & overhangs covered with soft corals; another great spot to look out for manta rays and hammerhead sharks.

This sloping coral wall develops into plateaus at 18-meters (60’) and 30- meters (100’) coral bommies, where leaf fish, dart gobies, and blue ribbon eels are hanging out.

The Nigali Passage is a deep channel and with an in-coming current attracts schools of pelagic fish. Barracuda and trevally jacks are a common sight at the channel mouth whilst grey reef sharks form schools at just 18 meters (60’). Hang out in the channel for most of the dive and watch the action, and finish your dive in the shallow lagoon as the channel ends. Do not miss the huge groupers that cruise about.

A group of small pinnacles where anything can happen right from the little guys, such as nudibranch and pipefish, right up to reef sharks and manta rays  (remember to look up).
×